As modern man emerges into the 21st century, the dichotomy between what he knows about himself as a biological organism and what he thinks he knows, becomes the subject of intense scrutiny. On one hand, man knows that there are certain chemical structures to the various foods and other substances ingested into his system. Yet, often these pure substances do not contain sufficient nutrients and when ingested, are not adequate foods. An example of this is the debate over refined sugar vs. naturally occurring fruit sweeteners. While the refined sugar may be the basis of the naturally occurring products in sugar cane, the refined product often leads to disease in the human body. It now appears the the process of digesting the naturally occurring complex carbohydrates in some ways allows the body to absorb the sugars without the resulting negative effects of long-term usage. Refined sugar may, in fact, be thought of as a medicine to be used when the body is weak, as it is easily absorbed. As a food to be used in a regular diet, however, sugar should be excluded and naturally occurring complex carbohydrates used instead.

By analogy, many of the naturally occurring plant products can be viewed the same way. A tea or infusion of a pharmacologically active plant may be quite useful on a regular basis for a wide variety of minor medical problems, but the refined pharmacologically active product should be limited to short-term medical use. A century ago, it was not uncommon for families to have a few poppies growing in the garden around their house. The opium from these colorful flowers was regularly harvested for use in home remedies, and their presence in the garden considered to be as natural and benign as the vegetables that grew beside them. But for most people today, the word opium connotes a link with heroin. Likewise, the word coca today implies cocaine. This was not true 50 to 100 years ago. Since that time, these drugs have been made illegal. The black market which resulted has required that the physical volume of these illicit drugs be reduced to the bare essence, resulting in the development of refined heroin or cocaine as a commercial industry.

The pharmacological activity of a single pure substance is entirely different from the dilute mixture of chemically related alkaloids that occur naturally in plants. In most cases, the properties of these pure substances are so different from the raw plant material, that they must be administered in a more direct manner, i.e., directly into the blood as opposed to being inhaled or eaten. This direct entry of pure compounds into the bloodstream can lead to negative effects; pure substances are more toxic and an overdose is likelier. When raw opium is smoked, it required a much longer period of time to get the same morphine content in the blood than it does when administering the morphine directly. This allows certain body defenses, such as sleep or drowsiness, to act, giving the body additional time to distribute the drug in a more dilute form throughout the system. A high concentration of a pure substance can cause shock to the system and be fatal.

In addition to the dilution factor, there is the difference in the chemistry of the raw substance. The effects of the precursors and related compounds may be grossly different from the isolated substance. The non-morphine alkaloids present in opium can have a nauseating effect, so great as to prevent a person from being able to inhale a toxic dose, thus limiting the ability of the user to become seriously addicted. In the psychological reward scheme, a drug with a short duration and high reward, such as heroin or morphine, produces the most serious psychological dependency. Of course, in the case of the opiates, physical dependency can create a further problem and risk. If the raw opium is the opiate source, there is much less likelihood of physical dependency. 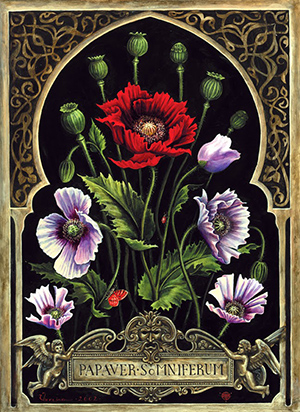 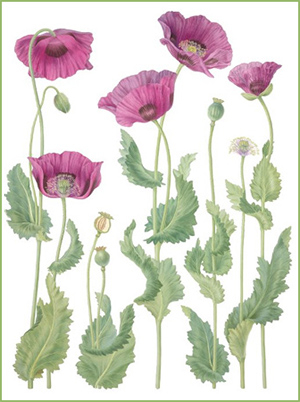 The economies of distributing these substances has therefore created a much more dangerous situation than existed 100 years ago. It is more difficult today to find raw opium or coca leaves, and much easier to find morphine, heroin and cocaine. The resultant law enforcement problems have been created by virtue of the illegality, not only of the pure substances, but also of the more dilute, raw product, which has been removed from the marketplace or the pharmacy. In other words, a legal taxed form of the raw product would possibly change the entire framework of the illicit drug market, reducing cash flow and the resulting crime required to support the economics of this market as it exists today.

Often, drug agencies measure the seriousness of a substance by the monthly deaths incurred. Availability of raw material over refined substances (which have questionable cutting substances added), would automatically reduce toxic overdoses in the population of drug users. The enforcement of illegal drug laws could then concentrate on monitoring licensed drug manufacturers and preventing the illegal distribution of pure substances.

Raw substances, such as coca leaf, opium and cannabis, might offer preferable alternatives to the substances currently condoned, i.e., coffee, tobacco, alcohol, and various prescription drugs such as valium. In general, these condoned substances are a part of the work and play model in modern society. Coffee, for instance, is a stimulant often employed by working people, while alcohol is often used after work to relax. The same can be said for coca leaf and opium, which in the raw form are no more addictive than coffee and alcohol. In some cases, the coca leaf may be preferable to coffee because of the negative side effects coffee inflicts on the stomach and heart of some people. Likewise, opium and cannabis might be preferable to alcohol, which is the most widely abused drug in our society.

Used in the raw form, some botanicals have a wide home remedy usage beyond the capacity of the refined product. For instance, a tincture of opium can be used as a topical anesthetic on gums of infants cutting teeth. It is also effective in stopping diarrhea by slowing the digestive tract. Paregoric (an alcohol tincture of morphine) was available as an over the counter pharmaceutical until the middle 1950’s. Children raised during the late 1940’s and early 1950’s generally remember paregoric with positive feelings and fondness for the distinctive flavor without any negative connotations.

But in modern times, the usefulness of raw substances has been largely ignored. Instead, the discount drugstore, with its overwhelming variety of manufactured brands, is the only medicinal source available to us. It is questionable whether these modern products, whose complex ingredients are comprised primarily of refined substances, some of which are impossible to identify and often not as efficacious as the old-time extracts, are the only acceptable resource for our medical needs.

Western society tends to associate opium poppy cultivation historically with China, though in fact the opium poppy was introduced into China by the British. First written references to its use an an internal medicine appear with Hypocrites around 400 BC. Later, it was introduced into India by the Arabians. From India, it was brought to China by the British. During the last 100 years, opium cultivation and use in China has achieved a colorful history, and was also associated with the Chinese in the founding days of modern California. The separation of the cultivation of a medicinal plant from the criminal element is a positive goal which many Western cultures are moving toward as they struggle with the problems created by the criminalization of natural substances.